At Puglia's heart, the soft green meadows of the Valle d'Itria unfold on the Murgia plateau. The pastures here are cut into a patchwork by low dry-stone walls, and are home to strange circular dwellings with conical roofs – trulli.

The oldest trulli we know of are at Alberobello, dating back to the 14th Century. Unique to Puglia, the ancient origins of Trulli are obscure, but are probably connected to feudal lords who made people working their land build their houses without mortar so they could easlily be pulled down if tax inspectors came round. This is known to have occurred in 1644 to thwart tax inspectors sent by the King of Naples, yet most historians agree the lack of mortar served a second punitive purpose - so that recalcitrant householders could be dispossessed easily.

END_OF_DOCUMENT_TOKEN_TO_BE_REPLACED

Most trulli would have begun as just one room, but when more space was needed, a hole was simply knocked in the wall and an identical structure built next door. They were constructed using roughly worked limestone boulders collected from neighbouring fields, and later the large water - collecting basins in the area.

They were originally built directly on to the underlying natural rock, using exclusively the dry-stone, or mortarless, technique. The walls that form the rooms are double-skinned with rubble cores, and are pierced by small windows. These hugely thick walls allow ample space for recessed fireplaces, ovens and alcoves, and also allow the double-skinnned roofs to spring directly from them using simple squinches.

The roofs themselves are built up of successive courses of grey limestone slabs known as chianche or chiancarelle. They are left unpainted and develop a rich patina of mosses and lichens - some bear symbols in white ash. These symbols have religious or mystical significance and were apotropaic in nature - you will see many examples in Alberobello. The decorative pinnacles that top the bigger roofs of the trulli were also placed here to 'ward off evil'.

Rainwater is collected using projecting eaves at the base of the roof which divert the water through a channelled slab into the cistern beneath the house . Flights of narrow stone steps gives access to the roofs.

From the end of the 18th Century it was Napoleonic France that controlled Puglia, as well as most of the rest of Italy. In 1861 Puglia joined the newly established State of Italy when the country was united during the risorgimento period. This was a time of administrative and economic reogrganistation as well as agricultural reform. Although there are early examples from up to 400 years before, the 19th Century was when the majority of trulli were built.

END_OF_DOCUMENT_TOKEN_TO_BE_REPLACED

The story of Trullo Genna

Trullo Genna seems to have originally been built in 1828 - this date is inscribed in the keystone above the entranceway to Trullo Piccollo - and like the majority of the other surrounding trulli, it would have been purely agricultural in use. The buildings would have been temporary accommodation for the farmworkers during harvest times and a space to store, and dry the produce.

Over time the trulli buildings and surrounding terraces of Genna fell into disuse, apart from the orchard in front of the property, until a local builder called Signor Francesco Massaro bought the lands and property from Miss Isabella Rinaldi in February 2004 and began reconstructing the buildings.

It was in February 2005 that we took our first trip to Puglia and first saw Trullo Genna - it cast its spell immediately.

At that stage the buildings had been carefully reconstructed from the piles of rubble that some of them had become. Even in their 'shell-like' state, without windows and doors and a dirt floor, the now mortared walls whispered the promise of magical times ahead, and although we looked at other properties all over Puglia and Salento, we were drawn back to Genna, and finally bought it in May 2005 with the help of Gabriella at Agenzia dei Trulli.

Today Trullo Genna is composed of two buildings. The first is made up of five cones - the living, kitchen/dining area and double bedroom, and a lamia-like extension which houses the single bedroom equipped with bunk beds, the shower room and the master double bedroom complete with en-suite.

The second has the largest cone and a small lamia off to the side. This contains a spacious and magical double-bedroom, a shower-room and single bedroom.

During the reconstruction, which took just over a year, the walls were mortared, underfloor heating, electricity, plumbing put in, and windows and doors individually made and fitted.

Internally the wooden beams that spanned the large cone roofs,where strings of produce would have once been hung, were removed. If you look closely at the living area roof, you can still see where Genna's beams last sat - the holes carefully filled in by the builders on their removal in 2005.

Our first family holiday spent at Trullo Genna was in July 2006 and in 2007 the pool was completed.

Around Trullo Genna you can see the mature Olive Trees that have been left untended for decades - something we want to rectify soon. You can also see and harvest figs, pomegranates, almonds, wild rocket, fennel and even wild asparagus depending on the season.

We have had many wonderful holidays here at Genna and we hope that you do too.

END_OF_DOCUMENT_TOKEN_TO_BE_REPLACED 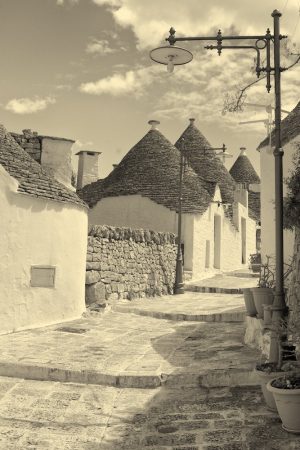 People working the land build their houses without mortar so they could easily be pulled down if tax inspectors came round! 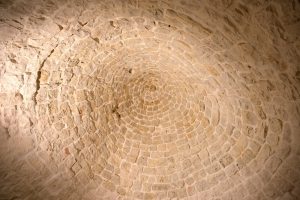 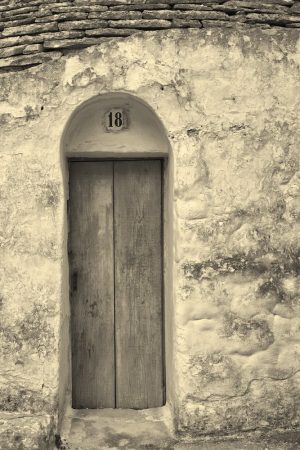 We had a delightful stay, enjoying the peace and calm, the space of this lovely cluster of trulli, the drive through the almond and olive fields when back from an excursion, the table tennis for competitions, the comfortable and picturesque rooms overlooking the fields.